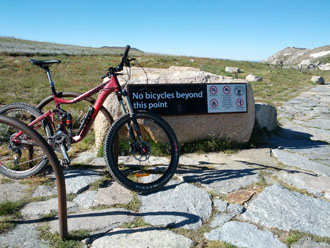 I wasn't going to do a #ThursdaysTrail this week because I've spent most of my free time riding and cutting video of new trails, however I did have a video that was ready to go in its current format and it's a ride I will never forget.

I'm unlikely to ride the Kosciuszko Summit Track again however I really enjoyed it and I'm so glad that I did it.  Its definitely worth doing for the fantastic views, the physical challenge and if nothing else to say you have ridden to the highest point in Australia where you can ride a bike.

Anyone who can ride a bike on a fire trail, however depending on fitness the climb up might have you walking sections.

About the Trail Centre:

While there are lots of walking trails around the Charlotte Pass / Mt Kosciuszko area this is the only trail you can ride your bike on. 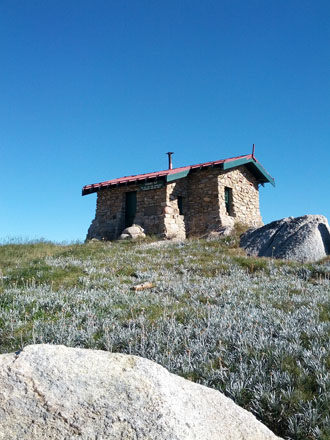 It needs to be pointed out that the Summit Track is a fire trail so well groomed it could be classified a dirt road, if not for all the water bars .. and there are LOTS of them.

The trailhead is above the Charlotte Pass ski resort at the end of Kosciuszko Rd, about 20mins further up the road from Perisher Resort.  Follow the sealed road to the end (where it loops back on itself) and find a park on the side of the road.  Ride up to the fire trail which starts at about the 1 Oclock position on the loop.

DON'T RIDE THE SINGLE TRACKS OR YOU WILL BE FINED - the park is well patrolled by rangers.

If you want to read more about the climb up go to my Summit Track page.

The descent, primarily featured on the video, was awesome -  7.7kms of fast graded fire trail with only one moderate climb.  At the time of riding the trail was well graded, however there were still plenty of loose rocks on the riding line(s), offline was very rough.  Probably more concerning were the water bars, all 54 of them - YES 54 WATERBARS, In fact 36 of them alone on the stretch between Rawson Pass and Seaman's Hut.  Some were barely noticeable, some gave quite a kick and others had a significant amount of loose gravel on either or both sides.  You certainly want to have your wits about you if riding at speed or at night. I chose to ride with my rear suspension quite soft but it probably wasn't needed.

The short climb after the Snowy River crossing certainly took it out of me but apart from this 500m stretch you can roll the whole way.  I chose however to pedal the final 4km descent in top gear in an attempt to set a good time. 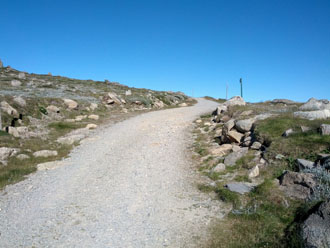 The climb up to Rawson Pass took me just over an hour plus stops.  Fit riders could knock quite a lot off my time.  The descent I did in 13 minutes, however times in the 20 minute zone seem common on Strava, but even taking it easy shouldn't put you much over 30 minutes.

Make sure you take water, sunscreen and additional layers of clothing as even in summer the weather can go from 40ºC to 0ºC very quickly.  This ride was done during peak bushfire season however despite the temperature being in the mid 30s in the middle of the day it was only 9ºC a 9am.

All in all this trail is what it is - a heavily graded fire trail but the views and opportunity to ride across the roof of Australia gave me a HUGE buzz.

Also worth looking at:

While there is not much you can ride in the immediate vicinity, its definitely worth checking out other trails in the snowy mountains