The idea of a group ride has always interested me but it wasn't until recently that I appreciated the value of riding with others.

Video highlights of my weekend ride at Ourimbah State Forest

I'm generally speaking a Lone Wolf mountain biker but not entirely by design.  The nature of family life can make it very difficult to align with other riders, their family engagements or their tendency to be hungover.  However over the past couple of months my schedule has been flexible enough to allow a few rides with other MTBers.

#1 son is in the middle of another long stint on the sidelines after a face-vs-ice incident on turn 1, of run 1, on day 1, of our snowboard holiday however that hasn't stopped his mate. There was a period where he would force his dad to ring me and arrange a ride despite my boy not going!  I must admit he got me off the couch on more than one occasion.  OMV and Jubes were the pick of the rides, that was until he totalled his derailleur on the black descent at OMV - he goes alright on his old Kona hardtail with rim brakes.

These days I can out-ride #1 son and his mates quite comfortably and that means I get a lot of rests.  There has been a great benefit to this, I've found the breaks not only freshen my legs they also help me to focus on the next stage.  It's been these rides where I have ridden my smoothest, set PRs without trying and conquered sections I'd previously never considered do-able.

About 2 months ago I went on my first official group ride.  I simply signed up via the NoBMob website and rocked up not knowing anyone.  But that wasn't the only daunting aspect it was also my first night ride.  A fair bit to bite off in one go however the organisers assured me that it would be a social pace and based on my average times I was well within the speed range. 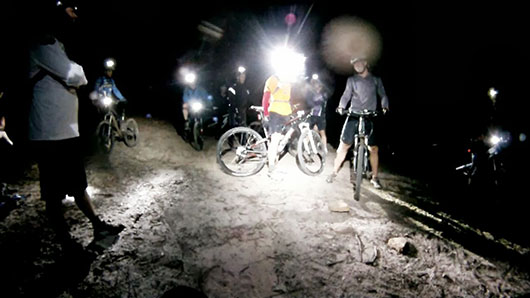 The Japanese School to the end of the Long Trail is a trail I'm VERY familiar with, but despite this and despite donning a nightlight that could bring down aircraft I found myself riding the harder side of the fire trail for most of the hour long ride.  If that wasn't making the job of keeping up hard enough the advertised "social pace" of 1.5 hrs was thrown out the window and we rode a time just a couple of minutes off my personal best, despite a number of stops along the way.  Importantly my PR was not set after a late night nor was it after full day at work!  So a fair effort as far as I was concerned.

I sucked in the big-ones from start to finish.  I hadn't realised how much I relied on the flat sections to back off and recover in preparation for the hills and descents.  After powering along the flats I struggled up hills I usually climb with ease and the bike largely rode its own way down the descents, sections that I usually own.

Here's a great video on why you shouldn't recover on descents from Chris at MTB Tips.

That being said I really enjoyed the ride, I learnt a lot from watching how other's pace themselves and when they power up.  I set some new performance goals but the most valuable thing I took away was insider information on hidden trails ... shhhh.  It also ended with a beer and a schnitzel at the local .. as all group rides should.

Last Sunday I had the opportunity to go riding with a friend of a friend.  How many rides before a friend of a friend becomes your friend?  Maybe bypassing the friend to plan a ride is enough to start calling them your friend, anyway his name is Matt.  Matt is a roadie/mtb crossbreed who knocks out more kays in one ride than I do on my biggest week.

Matt invited me to join him and his three sickeningly fit mates up to Ourimbah State Forest on the NSW Central Coast, about 1 hour from the Sydney CBD.  The XC trail is roughly 9km's of single track with around 200 meters of vertical that you climb and descend a couple of times around the loop.

I'd ridden this trail twice before with local riders with far superior physiques so I knew what I was in for but I really thought my improved fitness, greater skill level and accrued track knowledge would mean I was able to keep in touch with the group.  I was sadly mistaken. 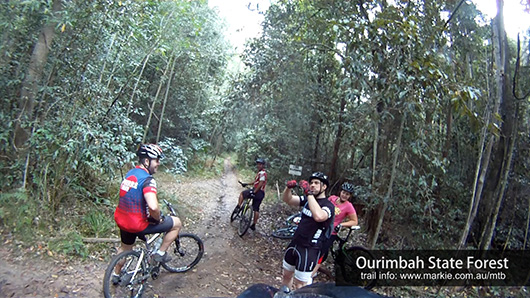 Having a laugh after the 2nd major mechanical for the day

Even with extended rest periods courtesy of 2 major mechanicals I couldn't keep pace and my plan to ride 2 laps was thrown out the window well before I finished the first.  The rest of the crew rode 3 laps .. the bastards.

Sure I *could* have gone around for another lap but I knew I wasn't "on" and as I was still recovering from an OTB excursion earlier in the week (that resulted in $240 worth of new hardware) I decided to call it quits and bow out while I wasn't bleeding and my bike was still intact.

I had not felt on my game the whole morning and as I drove away I started down the "jeez I rode like shit today" thought process but on closer reflection I realised I'd made some spectacular improvements on just about every section.  And importantly the desire to even attempt some of these challenges was motivated by the quality of the riders around me.

For the riders who know Ourimbah.  First attempt at the drop on Jurassic Park and survived, really picked up the pace and rode all Burnt Forest climbs without putting a foot down, first attempt to rail the timber berm near 5 ways, almost got up the Jelly Leg rock garden, got up Red Belly Rock and got OH SO CLOSE to climbing Meadows in one go .. so close!

Ultimately what I want out of mountain biking might be completely different to the next rider and that is where the freedom of riding solo helps keep my motivation at the highest level and the enjoyment scale at frothing.  However I've really appreciated the opportunity to learn from others, develop new skills, get inside goss, ride new trails and importantly learn a great deal about myself while riding in a group.  The Lone Wolf will be looking for more opportunities to team up over the summer.

Stills from the ride at Ourimbah 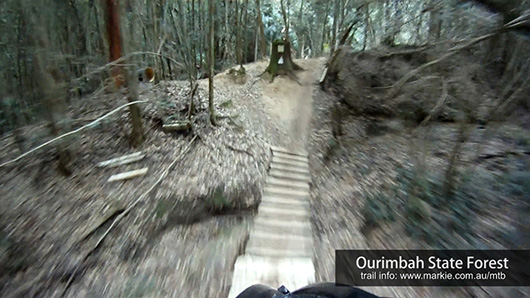 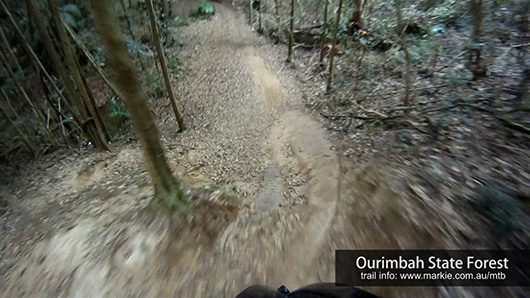 The big roller at the bottom of Jurassic Park 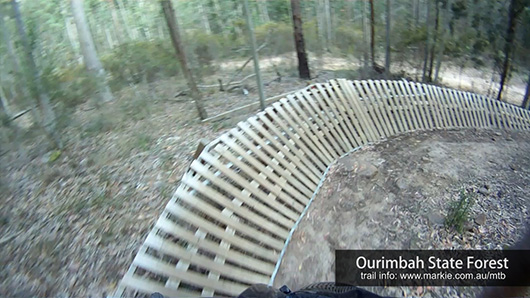 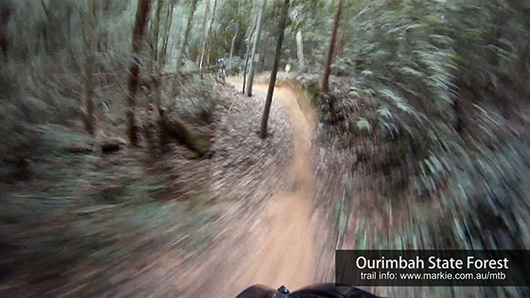 On the descent into Jurasic Park 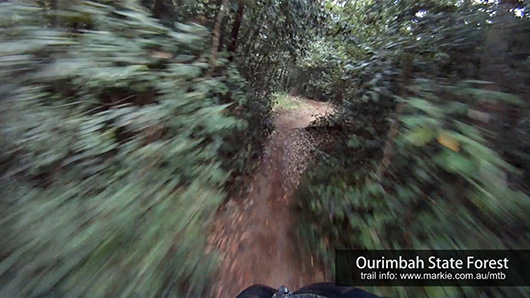 On the descent into Jurassic Park 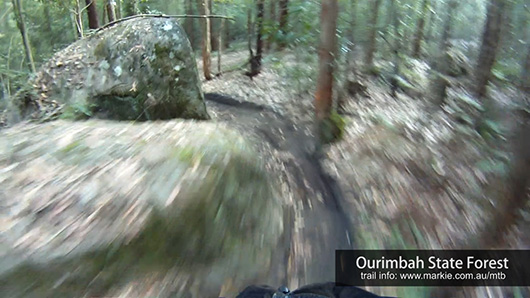 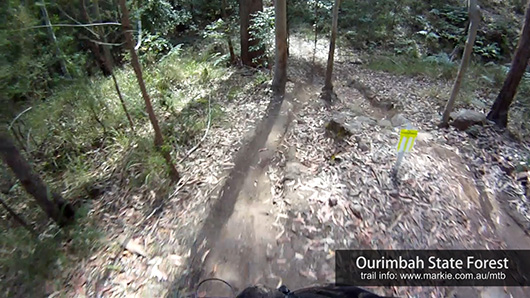 Steep descent at the end of Boulders